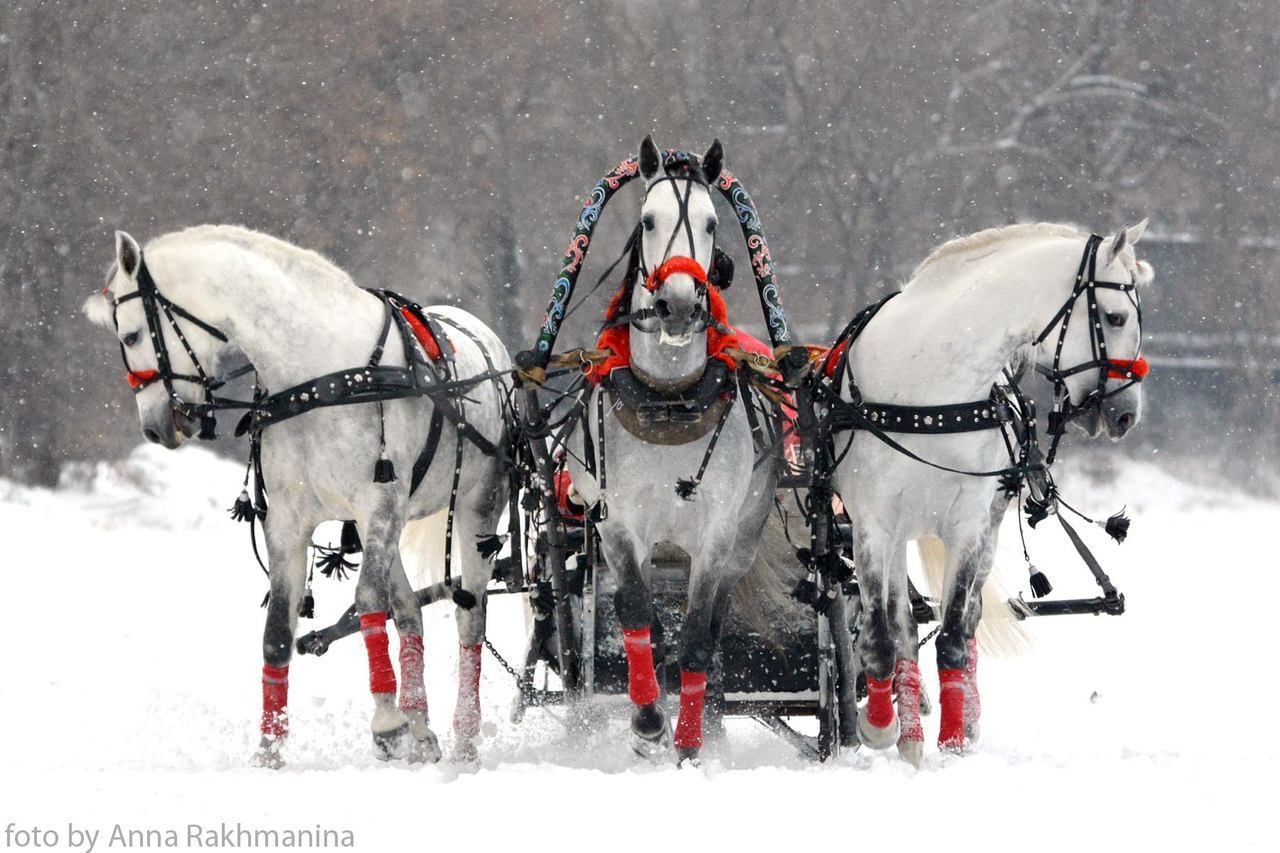 The Story of Troika

In the 17th century, the Russian empire created a vehicle powered by three horses with a driver at the helm. The three-horse team pulled a sleigh and was revered for its endurance, speed and uncanny ability to work in perfect synchronicity.

Legend has it that deep in the tundra, where troika thundered over bridges and carved their way through vast iceland to deliver cargo for the elite, the teams would veer off the beaten path for a bit of rivalry.

They dropped reins and bridles, picked up twigs, emptied baskets carrying cargo and snagged horse biscuits from the sleigh. They slipped into ice skates and faced off on small icy ovals in the middle of the tundra.

For nearly 20 minutes, a pair of troika teams dueled in a high-energy contest that challenged their speed, skill and stamina. The biscuit, tossed to the middle of the ice, pitted each team against each other as they fought to shoot the biscuit into the basket on either side of the oval.

A celly echoed through the tundra every time a troika player scored top cheese, and horses were rewarded with apples.

When time for play ran out, the troika teams dropped their twigs, kicked off their skates, rejoined their sleigh and galloped away, knowing one day soon they’d glide again on that icy oval in the middle of the tundra.

Rumor is troika are on the move once again and headed to Greer, SC to lay claim on their home ice. Their passion for high-energy competition could no longer be harnessed and encumbered by bridles, reins and sleds.

Join them in January when they unleash their unbridled enthusiasm for an intense game of hockey unlike anything the area has seen before. The Troika League will increase your skill, positional awareness, puck handling and situational repetition. You’ll definitely skate away a better player than before.