Disrespect and Verbal Abuse Lead to Referee Shortage Across the Nation 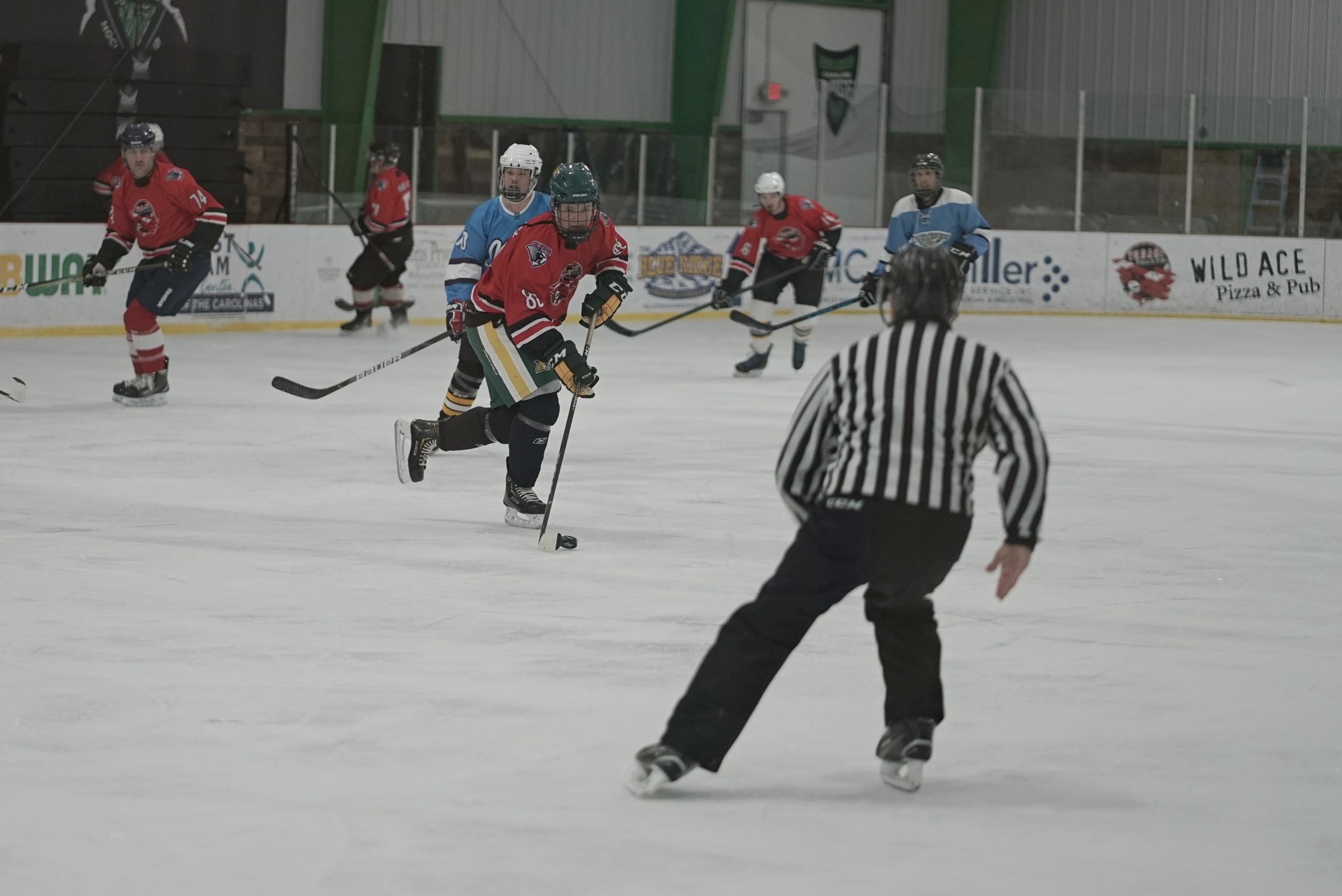 Posted at 13:41h in Hockey, News by robert.magnus 0 Comments
0 Likes 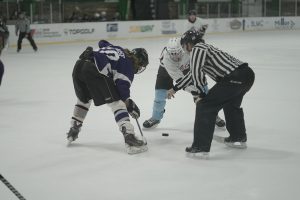 More and more men and women charged with officiating recreational sporting events are turning in their striped shirts and hanging up their part-time careers.

Why? For many, it’s because the level of disrespect and verbal abuse launched at them from athletes, coaches and spectators no longer makes it worthwhile, especially when they aren’t making big bucks and are investing free time away from family to officiate.

“There’s a definite shortage and there’s a definite issue as it relates to sportsmanship,” says Kevin Universal, Adult Committee Chairperson with the Carolina Amateur Hockey Association (CAHA), adult player and a referee. “When surveyed, it is frequently the top reason why refs leave the game. They don’t want to deal with the abuse.”

Sports across the board have felt the impact of referee shortages, including recreational youth and adult ice hockey. Stories about refs being sucker-punched, verbally assaulted and threatened by individuals unhappy with calls are very real across the nation. The COVID-19 pandemic did stall the return of some referees who, once away from the games and the unsportsmanlike conduct directed at them, realized it was no longer worth it to get back out on the ice or field.

“It has been a deterrent in mostly youth hockey because disrespect from parents and coaches seems to be an issue that doesn’t make it fun,” says Greenville, SC resident Sam Woodside, a 16-year referee who’s officiated for youth, high school, collegiate and adult recreational hockey. “It takes the fun out of it for me.”

Woodside, who is USA Hockey referee certified, says he’s been verbally attacked while officiating but has never been compelled to quit because of it. He’s learned to handle the disrespect although at times it can be frustrating.

“I try not to take it personally,” he says. “I call it professionalism. You just don’t respond to it or engage. And usually, it dies out. Certain nights when you’re at the end of your rope, you can feed into it. I mean we’re not always totally innocent. You can catch us on a bad day, and it might escalate.”

Brian Laidler, also a seasoned referee and USA Hockey referee-certified, says he’s endured verbal assaults and has had a player threaten him with a broken stick. How’d he handle the confrontation?

“I backed up, made the call and skated away,” says the Greenville resident. The player received a Match Penalty and ended up with a 30-day suspension because of his misconduct. “I tell every official: you don’t engage.”

Universal too has experienced verbal assaults during his 13 years of officiating.

“Most games are good and enjoyable, but you deal with some abuse by upset players who get a bit boisterous,” Universal says. “We have plenty of tools to deal with it from the penalty standpoint but you do need to have a thick skin because verbal abuse you will hear.”

Universal sits in on disciplinary committee hearings in his role with CAHA, which includes North and South Carolina ice hockey associations and approximately 10,000 players, coaches, officials and administrators.

“On average, we’ll deal with one or two physical assaults against referees each year,” he says. “If you’re found guilty, it’s taken very seriously. You’re facing a minimum of a one-year suspension from all USA Hockey events.”

Recreational sports are supposed to be fun and enjoyable. Not only does the extracurricular activity outside of work and home help keep players in shape, but it provides an outlet for destressing and contributes to lifelong friendships.

“It’s just a game and it’s just for fun,” Woodside says. “You can still be competitive but realize it is a time for us to be with each other and have fun.” 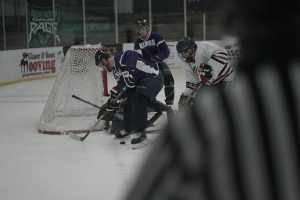 Competition can bring out the best or the worst in players. No doubt, it can trigger a range of complex emotions for players, coaches and spectators. That’s understandable and expected. But maintaining a level of self-control is required, manageable and admirable, especially when aggression is naturally part of the game.

It’s important to remember that sportsmanship is critical to the health of any sport. When it is allowed to proliferate and fester in a sporting environment, the integrity of the game erodes. Eventually, support diminishes, excitement dissipates and those vital to its viability—like referees—walk away.

“Not many people realize how taxed we are,” says Laidler, who officiates up to 16 games a week, including collegiate and adult recreational hockey games.

Without a referee, a game simply can’t commence. Refereeing is an integral part of the equation. Unsportsmanlike conduct on the rink—directed at each other or at referees—threatens the vitality and virtue of the sport.

“Sportsmanship is really about something much greater than politeness,” Saferstein says. “It’s about having the courage to treat everyone we meet on our path with dignity and respect.”

Saferstein offered tips about sportsmanship, which is something athletes, whether playing recreationally or professionally, should aspire to:

Extending respect to an opponent demonstrates good character and strengthens your competitive spirit. A lack of respect is simply a sign of weakness.

Be accountable for your poor performance. Don’t offer up excuses or blame others when you’re having a bad game.

According to Saferstein, “the best way to judge the character of a team is by the way it treats its weakest player.” You spend so much time with your teammates, you’ve become somewhat of a family. Take that into consideration. Instead of thinking about what you want, consider what the team needs and work together to achieve your goals.

When you’re the winning team, it’s easy to be a good sport. Of course, no one likes to lose. But someone’s got to do it. Remember, don’t take losses too personally. Discuss what worked and didn’t work, and then move on with determination to win next time.

How often have you made a mistake on the ice? No one likes to be ridiculed for their mistakes. Referees err occasionally as well. They are human after all. Complaining about their officiating “will never make you a better player,” Saferstein contends. He suggests players think of officiating in the same way as they think of the weather. “There is no point getting angry at rain or wind,” he writes. “You are better off just putting on a jacket and trying to make the best of things.”

Losing your temper can throw off the rhythm of the game. It not only impacts your personal performance but can also disrupt the entire team’s mojo. “Mental toughness isn’t about anger; it is about confidence and concentration,” Saferstein writes.

Humility can go a long way when you’re on the ice and competing against fellow players. Some players will certainly excel above the rest, and if you’re one of those who other athletes look up to, it’s best to check your arrogance at the ice rink door. “The problem with feeling above one player is that you set yourself up to feel beneath another,” Saferstein says. “If you are blessed with talent, you should feel grateful—the best spirit for receiving any gift.”

Hockey players love the game or else they wouldn’t commit to playing every week. When you love something, you tend to find a way to honor the object of your affection. Hockey is no different. To love hockey is to treat it with respect and extending that respect to fellow players, opponents and referees.

Awareness and communication are critical

To preserve the integrity and viability of the game, it’s important everyone involved understands what’s at stake. Officiating at the recreational level isn’t a lucrative profession and most refs just want to experience the sport from a different perspective.

Players who are familiar with the rules tend to demonstrate good sportsmanship.

“A greater awareness of the rules helps because we play by a different set of rules than NHL teams do,” Universal explains. “We have different standards. People familiar with the rules seem to be more reasonable about why something gets called as a penalty or not.”

Officiating is not as easy as one might think. Players, coaches and spectators must remember refs can’t see everything that happens on the ice, Universal suggests.

“There’s a lot going on and a lot to watch,” Universal says. “We’re going to make mistakes, but we’re out there to try to do our best and keep players safe.

“I would encourage more players to try refereeing,” he adds. “Join us and help fix the shortage. Bring some of your skills and passion to that group.” 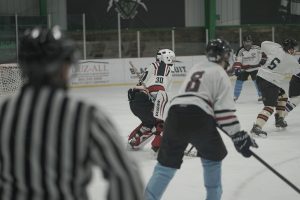 Launching verbal grenades at referees simply doesn’t serve the hockey community well. Without referees, there can be no games. To ensure the hockey community thrives, everyone will need to step up their game. So, when you put on your hockey garb and gear or you take a seat in the stands, don’t forget to also bring good sportsmanship to the game.

Elaine Veltri is a freelance writer, blogger and retired journalist. She writes for a number of publications, covering everything from health and home to sports and life experiences. Before becoming a freelance writer/blogger, she covered crime, courts, health and senior issues for The Sun News in Myrtle Beach, SC. Learn more at www.elaineveltri.com.